(click 'expand' to open)
Portions of the below information have been included in Typing Greek. Preserving the complete version for possible future use.

Using the keyboard to input characters with diacriticals

On newer Macs, if you simply hold down a character that can take a diacritical known to macOS, and pause, you should see a popup similar to what you might see on a phone or tablet, and can simply choose the diacritical you want. This is by far the easiest option if it's available to you and the character you want is available.

Using the keyboard to input characters with diacriticals via dead-keys

If you can't use the above method, but would still like to type characters with diacriticals, this is the easiest option. If you have the Input menu enabled, choose "Show Keyboard Viewer". The following screenshot was taken from a Mac running Catalina, but the keyboard viewer has looked similar for a long time, now. 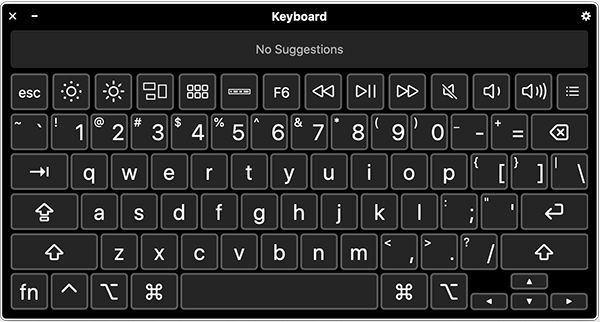 Press and hold the Option/Alt key, and you should see something like the following if you have the ABC Extended keyboard selected. 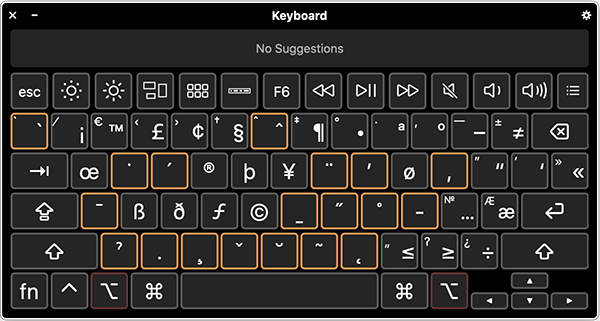 The keys that are outlined in orange show the diacritical that is associated with those keys when the option key is held down. If you press the e key with the option key held down, and the let up the keys, you should see the following: 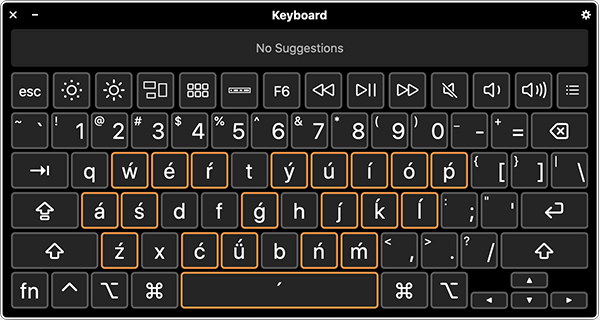 Simply press the key for the letter you want, and you've typed the letter.

Using the keyboard to input Greek directly on a Mac 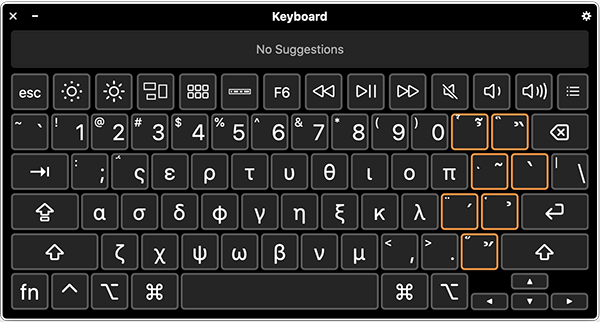 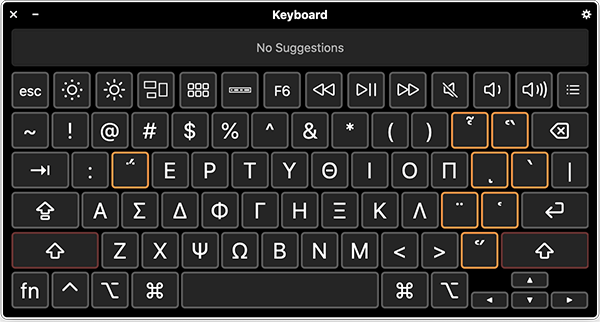 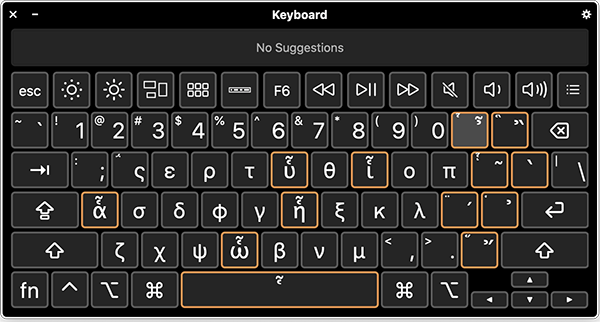 The following is/was a draft. I need to look through it and see if it's irrelevant at this point in time, or should be reviewed by the other squirrels and added elsewhere, but not right now (so I'm hiding it behind a collapsible section).

Note that missing illustration files should be treated separately, instead of as part of a missing pages (MP) project. See Add or replace illustration images for a project on this page.

If you have found a matching online edition, please include a link in your email to db-req.

Here's a template you can use for your email:

Please do not try to push the project through yourself.

Db-req can push the MP project through exactly the same rounds as the main project, which simplifies the merge steps required, especially if the main project repeated and/or skipped any rounds, or is too old to have been through P2.

Note that the MP project has to go through the rounds, even if you don't need the proofed output.

If you aren't able to locate scans from a matching edition, or simply don't have the time to prep the MP project, db-req still needs to know! Send an email to db-req, including the project title and projectID, a list of the missing pages, and a link to the scans (if you were able to locate them).

If you are the PPer of a project with an active PM, you should always contact the PM first, and ask them to take care of the missing pages. If it is not clear how active a PM is, ask them to contact you within a week or two, and say that you will contact db-req if they do not respond within that time. If you don't hear back within the specified time, mention in your email to db-req that you attempted to contact the PM, but did not get a response. Be aware that the PM may just be on vacation, and not checking messages frequently.

If the PM is known to be inactive (from previous experience), the above step can be skipped.

If you have found a matching edition online that can be used as a source for the missing images, please include that information in your email.

Here's a template you can use for your email:

Db-req will run the MP project, and will let you know when it is done. Please do not upload for PPV or to Project Gutenberg until after you receive notification that the missing pages have been added to the project.

All translations should be done on the test site.

If you feel comfortable updating the PO file for your locale directly, and are the only translator for the locale, there should be no need to coordinate with others. However, it's a good idea to recruit others to help you fine-tune the translations.

If you are the only person who is doing the translating, and don't feel comfortable updating the PO file yourself, let the site Translation Coordinator know.

If you are one of multiple translators, there should be one person coordinating the translation effort for your locale. Preferably, the coordinator for the locale will feel comfortable with updating the PO file, but again, if not, contact the site Translation Coordinator.

Using poedit or some form of a poeditor (if you are familiar with the process and have a preferred editor) as part of the process mades it much easier to view the whole message, and to avoid mistakes in the markup in the PO file. PO files are text files, and fully editable with a text editor, but long strings that are broken over several lines can be confusing to translate.

The PO file contains *all* strings in the DP code that have been marked up for translation, even those of lower priority that non-admin users will never see, so it's important to have a way to tell where the strings to be translated come from.

The Loco online PO editor is perfectly acceptable to use, but has no easy way to tell where the string comes from. Its advantage is that you don't have to install anything on your computer.

Poedit has to be installed on your computer, and has a means to tell where the strings come from in the code. It's available for Windows, Mac and Linux.

If there's not enough context for you to determine the correct translation (this can be especially problematical for very short strings), please ask!

Also known as disambiguation. Where the strings are longer, and unique, context is usually not a problem. Where the word is by itself, or with maybe one other word, and the single word or word in combination is used in multiple places, it can be a problem.

Graphs.
The length of the translation of the caption/graph header must not exceed the width of the graph plus label text. It won't wrap; it'll be truncated.

The way things are currently configured, row labels adjust according to the content. Perhaps a better place to look is at the column labels for the round pages. It works, but it's ugly -- so should that be a consideration? (Column labels may also appear too long in English.)

Mostly not translated. How will this be handled?

Going through lvl's localization related pages and making notes of comments that seem most relevant to the current effort. User:Lvl/Devel/I18n TODO list, User:Lvl/Devel/Distributed gettext fixing effort. He recognized the need for context disambiguation, but at that time we couldn't install a recent enough version of gettext() to use it. He's got a lot of stuff that specifically talks about the code end of things which I'm not qualified to comment on, so my notes here will have to do specifically with things that translators need to be aware of, or that I need to touch base with Casey about.

Recognized the need for random rule translation. Not sure I understand his proposal, though.

Where a directory contains a mixture of priorities, relevant files will be listed separate.y, but otherwise, directories/subdirectories are listed.

Not as important as the high-priority stuff that might affect new users from the beginning, but should be done.

faq/pophelp/project_manager/*? -- the only two files there are HTML files so may need to be refactored. Both appear to be pretty old. Either I'm totally inept at finding things, or these files are (no longer) referenced from the code?

May not need to be translated at all. At this point in time, it's pretty important for anyone in an administrative position to be able to communicate effectively in English. The only things that should be in this category are those that are seen only by squirrels and translators, or code that is not currently implemented.

User:Lvl/Devel/Distributed gettext fixing effort
It's fairly out-dated, but has some useful information.

User:Lvl/Devel/I18n TODO list
Also outdated, but has useful information. I haven't studied it closely enough and correlated it with the current effort.

Site Translation
Compare this with the Translation FAQ document once the updated version is rolled out to TEST and PROD: https://www.pgdp.net/c/faq/translate.php

User:Acunning40/translation
More relevant to translating stuff that's kept in the wiki, and may need to be updated, but has some useful comments.