Don't be afraid of Fraktur

From DPWiki
Jump to: navigation, search

(This is a rough translation of Keine Angst vor Fraktur.)

If you work on books in German on PGDP, you will run into Fraktur sooner or later. A significant portion of German literature before 1945 was printed in Fraktur. If we want to free these books from their Paper-prisons, being able to read Fraktur helps a lot. Unfortunately, many Proofers avidly avoid Fraktur. A project comment {Fraktur} should only be seen as a tag, not a warning!

This article should help you to get started with Fraktur.

At http://www.kurald-galain.com/fraktur2ascii.html you can find a transliterator similar to the Greek one on the proofreading interface. The letters are clickable, and the text can then be copied from there. This is very useful, especially for the capital letters you are unsure about. Simply look for the capital letter that most looks like the one you have on the page.

In Fraktur the most confusing letters are the letters f,k,l and s. All the other small letters are not really that difficult, except maybe for the seldomly seen y. Let's have a closer look at these letters. The important parts are highlighted. 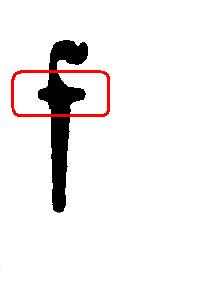 Before we get to the somewhat confusing long s, let's look at the Fraktur-f. Here there is nothing to be afraid of. The Fraktur-f looks quite similar to the Latin-f. Take note of the circled crossbar. This crossbar is the deciding mark that differentiates the f from the s and the k. The Latin-f also has this bar. 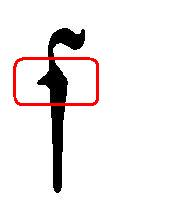 The s comes in two flavours, tall and round. The round s is so similar to the Latin-s, that we need not waste any more space discussing it. We do not need to worry ourselves about where a tall s is written or a round s, since we only want to read Fraktur. We proof a plain, normal "s" for both cases.

The tall s is especially confusing, since many people who are not yet well practised with Fraktur take it to be an f at first glance. Then "sein" becomes "fein" and what then? The best way is to sit in front of your screen and take a good, long ftarestare at the picture of the long s. The following differences will aid you.