The system performs a Project Release (Automodify) process every 15 minutes. As part of that process, the system

The processing for each phase is recorded in a file called an automodify log (automodify_log). DP archives the logs once per month, leaving (approximately) only the current month's logs directly viewable. You can find them here.

These flowcharts show phase 2 of that processing, in two parts. 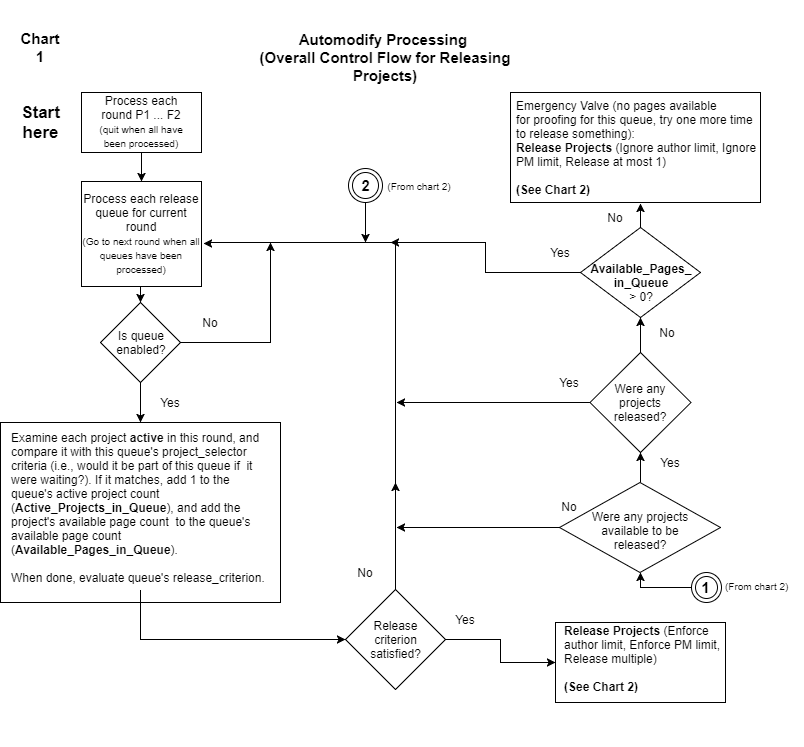 Second chart: This chart shows the details that determine which project(s), if any, are released when the code in chart 1 determines that a queue should try to release a project. Note: The PM limit per round (as used in this chart) is currently 13 (2020-04-10). 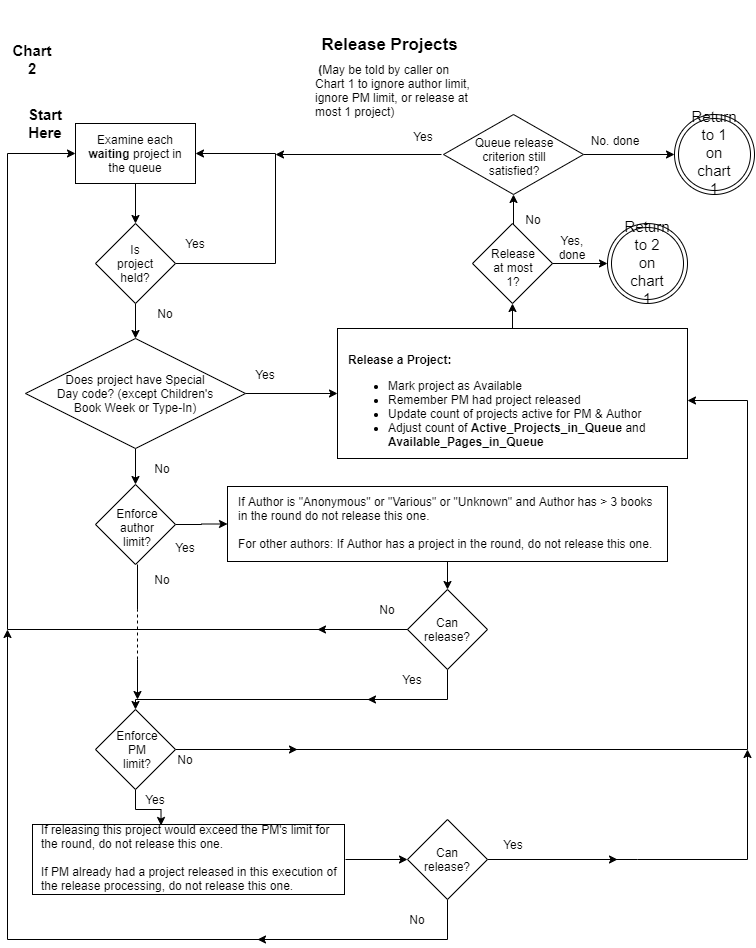