This mini-tutorial was created by Renald after I asked how to improve the picture used as an example below, since I wasn't able to see the lines in the very dark background. So what I wanted to do is to lighten the background so the line-drawing is actually visible in the middle of all that noise.

Improvement idea: Add sections where the steps are described with the commands used for the different image processing programs. I've used The Gimp successfully to follow the tutorial, but can't give the names of the commands since my copy is in German. Alisea 23:57, 19 July 2007 (PDT) 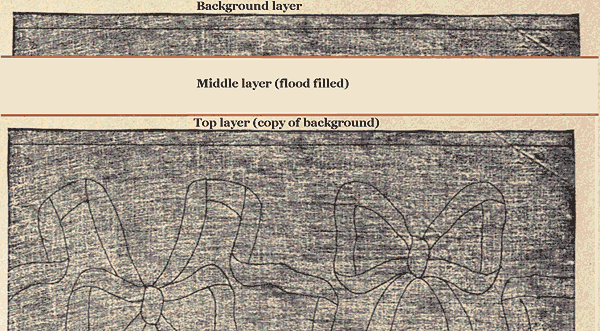 3 layers are required; the original itself, called background, a blank layer floodfilled with a color of your choice, called the middle layer, and finally, a duplicate of the background as the top layer. In the illustration above, the layers have been offset to show their relative position in the stack. 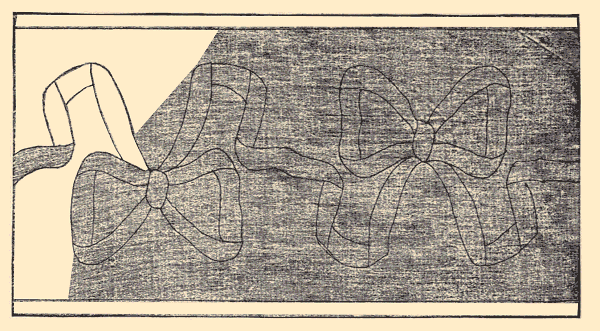 On the top layer, select and delete parts of the background to make it transparent and let the middle layer show through. Retain only the line drawing. This process is just beginning in the above illustration. 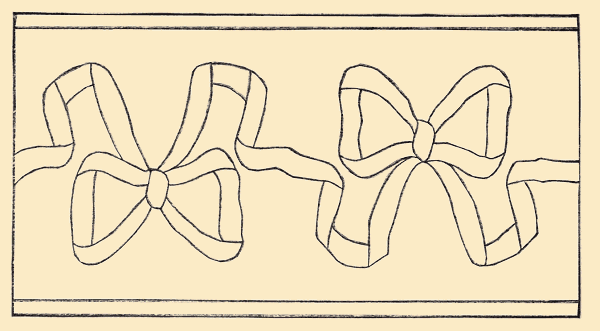 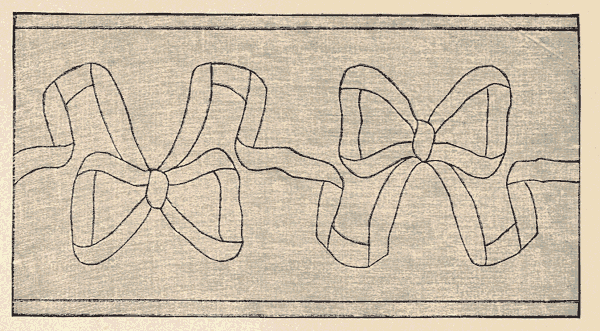 The background layer is still in its original state, since you haven't done anything to it yet. By varying the opacity (or transparency) of the midde layer, you can let the background layer show through as much or as little as you wish. The middle layer acts as a variable-opacity filter.